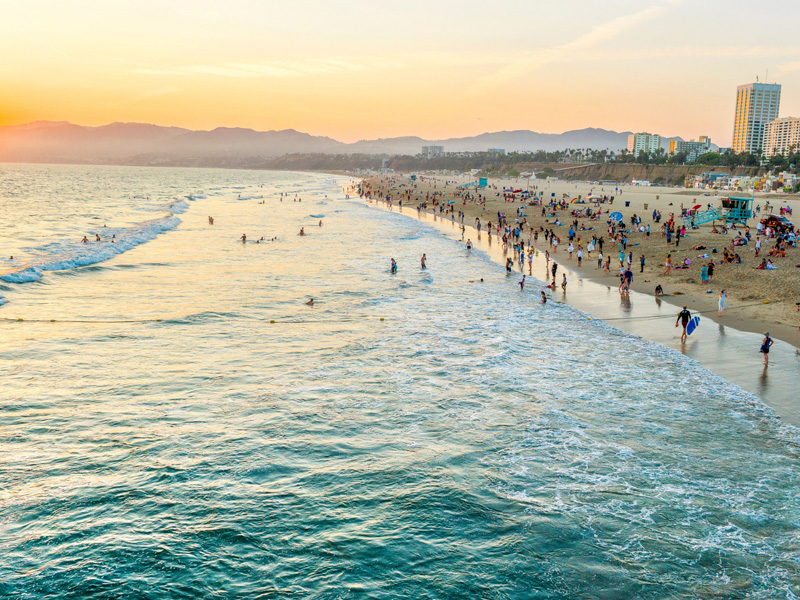 Santa Monica is a coastal city west of downtown Los Angeles. Santa Monica Beach is fringed by Palisades Park, with views over the Pacific Ocean. Santa Monica Pier is home to the Pacific Park amusement park, historic Looff Hippodrome Carousel and Santa Monica Pier Aquarium. Next to the pier is Muscle Beach, an outdoor gym established in the 1930s. In the city center, Bergamot Station houses several art galleries.

Popularized on the big screen, Santa Monica represents Southern California living around the world and the reality does not disappoint. Oceanside activities, stunning panoramas, candy-hued building abound in this dreamy beach neighborhood.Occupying a pristine stretch of the Pacific, Santa Monica emanates a casual coolness. The boardwalk welcomes joggers, bikers, and bladers, with much of local life revolving around the water. Yogis flock, attracted by some of the city’s best and most plentiful studios.

To inquire about a property or press event, please fill out the form below.